The irregular migrants busted comprised of nineteen (19) males and nine (09) females. Their ages ranged between 03 and 64. 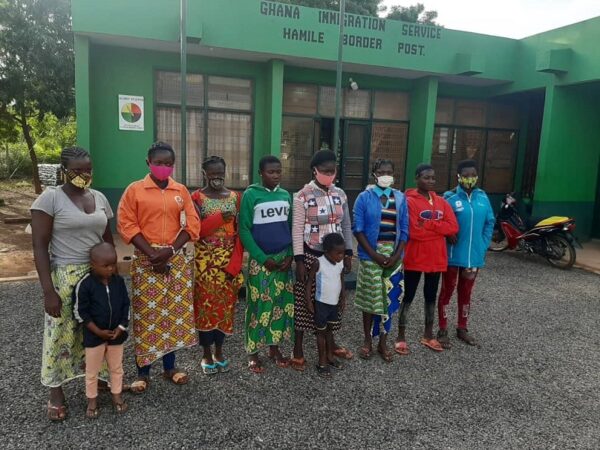 They were on board a passenger bus with registration number GN 2220-10.

Preliminary investigations revealed that the migrants were destined for Kumasi for farming activities.

They were duly screened by the health personnel before being handed over to the Burkina Faso authorities on the other side of the border Thursday morning.

“Dumsor is not an engineering term, it’s a political term” –...

‘You are not a true christian if you vote for Mahama'(Video)-...

I will resign if indeed Mahama said he will scrap Free...

Final year student allegedly killed and eaten by her friend