The opposition National Democratic Congress (NDC) will launch its Manifesto for 2020 general election this month, the National Chairman of the party Samuel Ofosu Ampofo has revealed.

According to the National Chairman, the Manifesto exudes better alternate policy interventions and programs that will improve the living conditions of Ghanaians.

He added “We are very much poised to have John Dramani Mahama and Prof.Jane Naana Opoku Agyemang elected as President and Vice respectively to bring back smiles on the faces of Ghanaians who are suffering and going through excruciating suffering and hardship under this NPP administration. We believe that we have what it takes to reverse this unfortunate situation and let Ghana work again and that is what we call Rescue Mission” 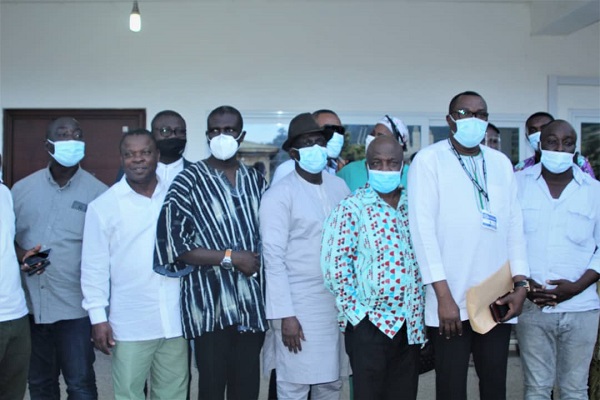 He said the mandate of the Campaign Committee is to execute the Party’s campaign in the region adding that “the party has developed a blueprint for campaign, that the blueprint will be made available to the various campaign committees to execute. In addition, the regional Campaign teams are supposed to move within two weeks into the Constituencies and inaugurate the Constituency campaign teams and then together support the Constituencies to inaugurate the branch task forces. Every polling station must have a Taskforce.”

The Regional Vice Chairman, William Atamudzi said, the Party is targeting to increase its vote margin significantly in the home region of the President to help secure victory for John Dramani Mahama.

MzVee speaks on her ‘relationship’ with Mugeez

CID must deal with Akuapem Poloo over nude photo with son...

No one week observation for Rawlings

GRIDCO staff threaten sit down strike ahead of Dec. 7 polls

Eastern Region: Look Out for Gun Wounded Persons and...

“He asked for it” – Woman says after being caught sleeping...

NDC can copy from our manifesto – John Boadu

Coronavirus: Be “generous”; you’ll be dealt with if you exploit tenants...