The Facebook posts of a Ghanaian pastor who has made headlines in Ghana across the world for shooting his wife to death suggests he was deeply troubled.

Sylvester Ofori murdered his 27-year-old wife, Barbara Tommey, in the United States outside an Orlando credit union where she works around 9 am earlier this week.

Mr. Ofori has been described as a ‘prophet’ and shepherds the Floodgates of Heaven International Ministries, a church based in Parramore.

The shooting incident was captured on CCTV cameras which led to the arrest of Sylvester Ofori at his private residence.

It has also emerged that Sylvester Ofori, days before fatally shooting his wife, threatened his brother-in-law that he would kill his sister to prove that he was not a fake pastor.

Investigators in the United States said at a press conference on Wednesday, September 9, 2020, that they are yet to know the motive for the murder.

“The background story and previous dealings with them, be it through our calls for service should there have been any or any previous incidents between them will be identified at a later time,” Detective Matthew Rogers said.

Rogers added that Tommey and Ofori were in the middle of a divorce and she hadn’t lived at the apartment they shared for months. No records documenting their divorce could be found. The couple were married in September 2015, according to a marriage licence.

GhanaWeb dug a little deeper into the social media activities of the Mr Ofori and has found that posts on his timeline suggest he was going through some emotional problems.

For instance, on September 7, 2020, a day before the shooting incident, Sylvester Ofori posted on his Facebook page that “One thing ppl gotta understand about extremely kind, nice, loving people is that their other side is just as EXTREME.”

Below are some of the Facebook posts GhanaWeb has sampled and which suggests Sylvester Ofori was troubled emotionally. 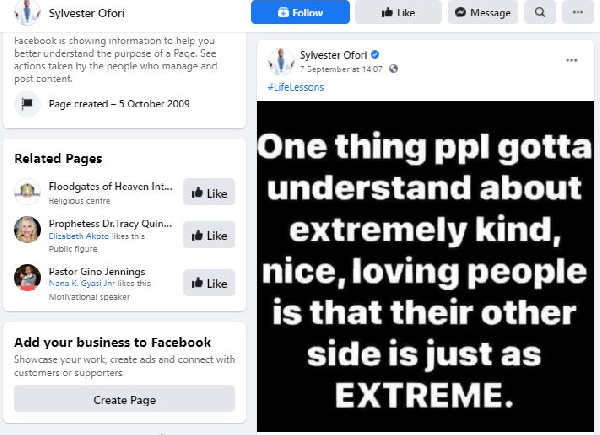 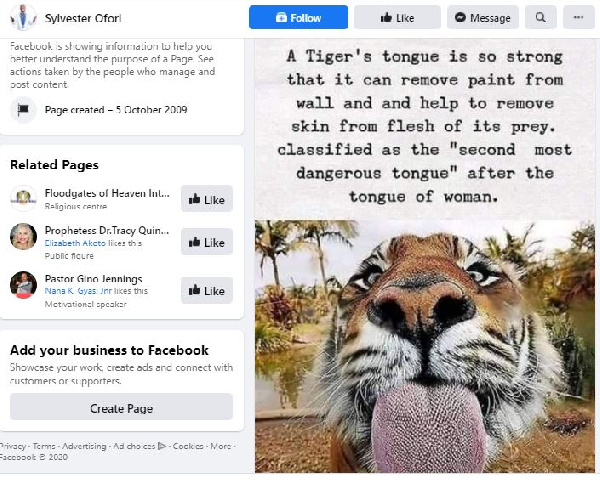 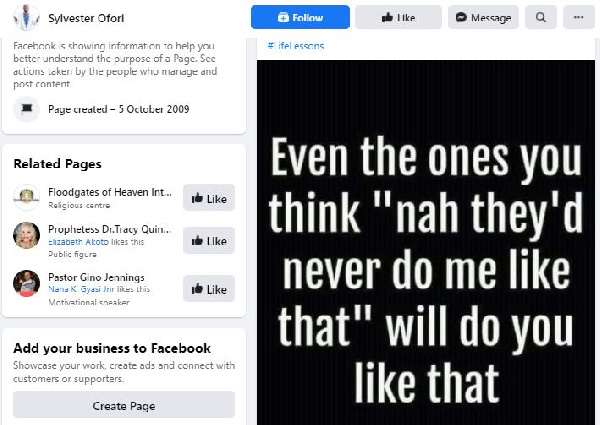 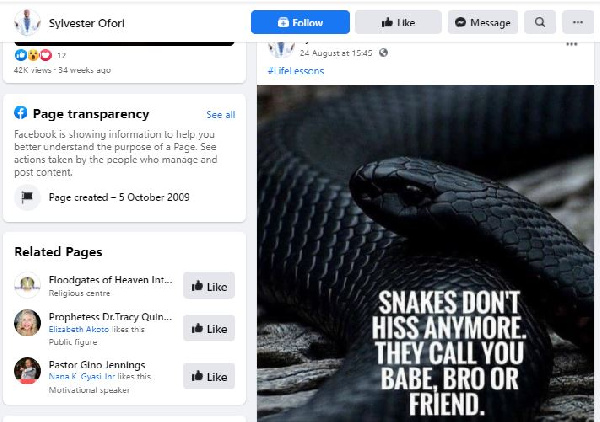 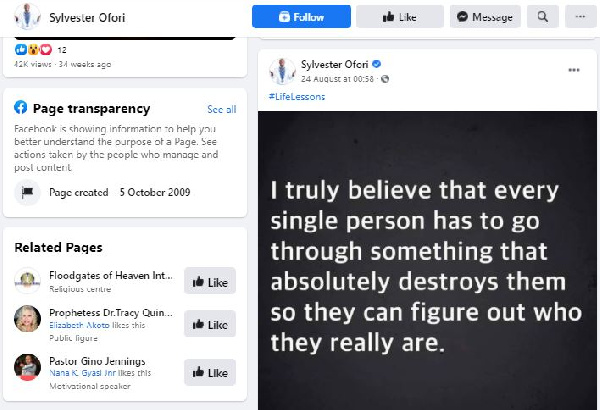 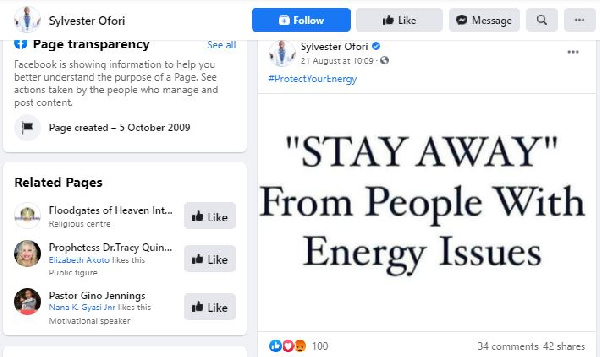 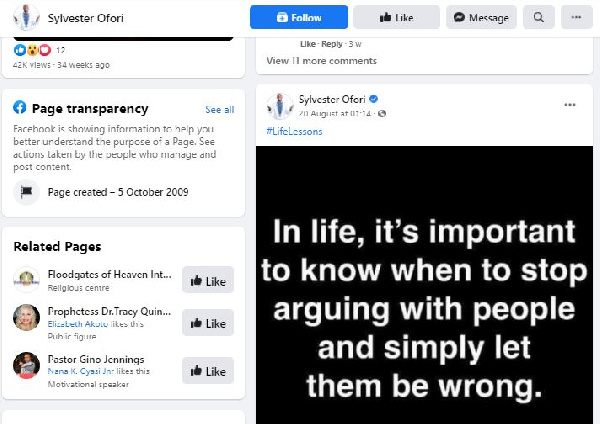 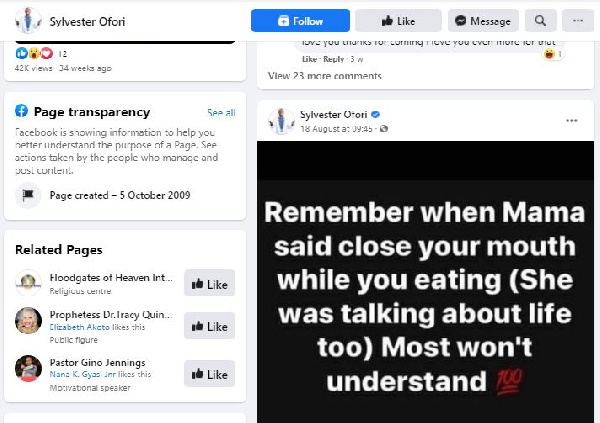 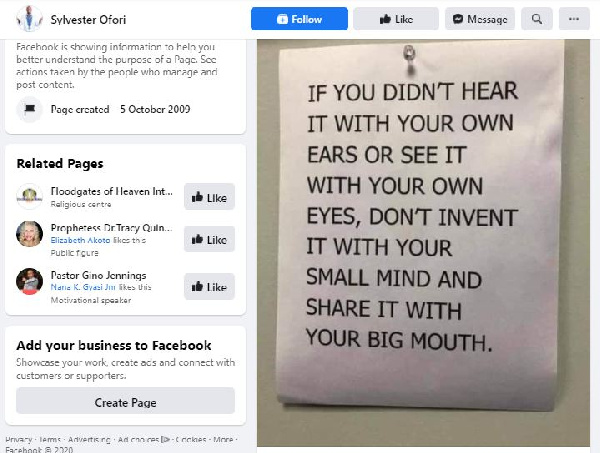 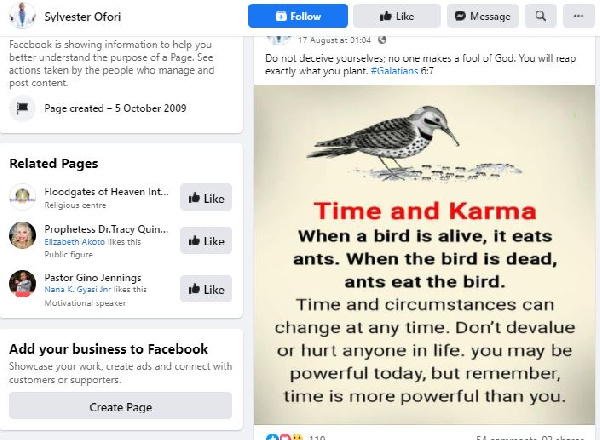 Fuel prices to go up today

NDC is a socialist party with no social intervention – Bawumia...